Last week I was in the waiting area of a physical therapy center.  I played around on Facebook for a little bit and then decided to shut off my phone and just engage in my surroundings.  I like to at least look people in the eye as they pass by me, giving them a quick smile.  It’s important to interact that way.  The passerby and I each have something to offer the other.  We exchange energies, I believe.  If you open yourself to the opportunity, you meet new people, share stories, smile and laugh together.  That’s a concept that is quickly fading away with the younger generations, sadly.

As I sat, I  listened to the receptionist and an office manager have a conversation about troubles with the computer system.  The problem was that the receptionist had just sat on the phone for an hour and a half with AT to work through a technical problem.  As soon as she got off the phone, she pressed a button and magically, the situation resolved itself.  It was instantaneous.  She was flabbergasted at the fact that she just wasted an hour and a half of her life that she can never get back.  As she relayed this to her manager, the two went on to discuss the fact that it is hard at the end of the year to reconcile year-end computer processes and have a holiday in between.  I get it.  Christmas is near the end of December and there is a lot of back up work to be done with the computer.  Having Christmas and New Year’s holidays while trying to close out a month and a year on the computer can be a bit daunting.

The next part of the conversation went a little haywire as far as I am concerned.  The receptionist is a young woman probably in her mid to late 20’s and the office manager is in her 50’s.  The receptionist starting to complain and asked why does Christmas and New Year have to come together at the same time.  Hmm, I was anxious to see where this thought process was going.  As I listened, my astonishment could have knocked me right out of my chair.  She went on to ask, ” What is Christmas anyway?”  She was very confused as she tried to figure this out.  She said, “Is that when he died?”  At this point the office manager spoke up and looked at her, trying to remind her about the three wise men and a baby being born.  Before the receptionist could process this information she blurted out, “Oh, wait, that’s Easter.”

To say that I was confounded is an understatement.  My mind went rushing, thrashing, flailing, not knowing how to process what I just heard.  I felt like I was in a dream state.  My mind became an exhibit of discomposure.  Is it actually possible that someone in their 20’s doesn’t have any idea who Jesus Christ was?  Not any idea why we celebrate the holidays?  No clue as to the true meaning of these gatherings of people around the world?  I cannot fathom the possibility that here in the United States a person could be that ignorant to facts regarding certain traditions.  The US is a populous of many different religions and belief systems.  I understand that many people are not educated on other’s faith practices.

I guess, my mind is blown because it makes me deeply sad that we have commercialized holidays so much that young people truly have no idea what any of it means.  They wander around aimlessly at Christmas, spending their money and frantically rushing against time to accomplish almost impossible tasks for the sake of a holiday that they know nothing about.  The absurdity of this lack of knowledge hit me so hard that it rattled me to the core.

I guess, Santa Claus and the Easter Bunny reign supreme in a world that needs to know the limitless quality of love.  I’m not suggesting that everyone become Christians.  I respect other people’s faith and most are based on true love and humanity.  I am astounded that a younger generation are not being given some form of foundation to build on.

Then again, that may not be true.  I am a woman in her late 50’s.  I was raised Catholic and although I do not practice Catholicism any longer, I do believe in a personal relationship with God.  Maybe the new generation is not being indoctrinated the way that many of us have been.  That’s not always a bad thing.  Maybe they are free to decide for themselves what to believe in without indoctrination.  Just because they are not being exposed to religion doesn’t mean they are not being exposed to love and humanity.

While my mind was knocked off its axis while listening to the aforementioned conversation, a new lesson is coming through.  Religion is not love.  Love is love.  Compassion is love. Peace, happiness, sharing and caring is love. I didn’t need indoctrination to know love and while I am a Christian, my beliefs are based on a deep personal relationship with my Holy Spirit.  I don’t participate in organized religion because it does not feed my soul.

I have slowly but surely been setting aside my indoctrinated mind, growing spiritually each and every day.  Although the younger generations may seem to lack the knowledge of the history of Jesus Christ and the holidays, they certainly know how to share the love and caring that is needed so desperately in this world.

Christmas time.  I dread it every year.  I feel like a mouse trying to escape a trap.  When I go to the store I hear Christmas music, but I know it’s not for my enjoyment.  It’s to put me in a certain frame of mind.  I feel pressured into consumerism.  I feel like I can’t breathe.  I’ve got to get out of the store.  I need peace and quiet.  I want to run from all of this craziness.  Don’t they see what’s happening?  Don’t they know we are being shepherded into a pen?   I know the true meaning and I will not stand for this.  I will not renounce my belief for anyone.  It is Christ- mas time.  It is time to celebrate the birth of Jesus.  Why aren’t we allowed to use his name if it’s his birthday?  If we can’t use it and rejoice in it, what are we celebrating.    Why are we all so blinded by the sparkling lights and the ringing bells.  Get me out of this trap, this rat race.  Take me to the peaceful place within my soul that knows what is real.  We say Christmas is for the children.  We are the children of God.  Let’s rejoice and celebrate accordingly.

Love is a year round action.  I don’t need ringing bells or holly or Santa to feel true love.  Jesus came to show us the way of true love.  That love lives in each and every one of us.  Let’s change things up and celebrate love. We can celebrate by sharing our time with others, laughing, singing, caring and loving.  These are the gifts that matter most.  I have to step back from allowing the commercialism to consume my heart.  I have to return to my source, my God. I open my heart now to receive love and to give love freely.  Now, I can feel the joy of Christmas.  Thank you Jesus!  Amen. 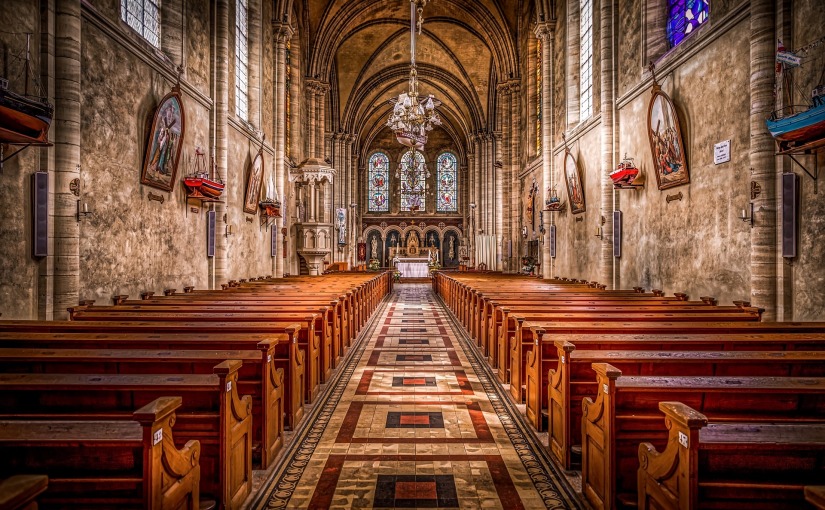 I went to Catholic School for 12 years. The Catholic religion was as much a part of me as my DNA. I loved it there and found peace in the routines and repetitions of prayers. I grew up and walked along my personal path of what I believed. When bumps in the road such as a failed marriage and divorce became my reality. How could I be the person who divorces? I committed myself to this man for life as was expected by my church but he wasn’t present with me. I perservered for 9 years but my sadness and loneliness became my prison. Now I had found myself on the wrong side of my religion.

I wanted a fresh start and a blessing from God and my priest but it wasn’t meant to be. The restrictions of my indoctrination no longer wanted a tainted soul and that is how they looked upon me. My heart, so broken into pieces, had to seek shelter elsewhere and so my spiritual journey began.

Years ago I was told I could never be reconciled with God or Church because of divorce. My church left me but My God walked with me all the while.
I sought out other voices of God to nourish my soul and I felt fulfilled as each new experience with religion brought me to a closer more intimate relationship with my God. I no longer attend meetings of organized religion but have greater enrichment. I thought I was lost but I was walking the path to spiritual enlightenment that I continue to walk today.

I thank you, organized religion, for giving me the foundation to walk this journey as I grow and become present with my Holy Spirit. Without you I could not have known the true unconditional love afforded to me by Spirit. I am grateful everyday for all that I am and all that brought me to this moment of love and peace. Thank You from the bottom of my heart.